Why did I call it Natasha's Angel?

Sometimes I wonder about what people see in my images.

It is easy to say that I create them for me, but of course in reality there is a great deal of satisfaction if they have an effect on other people. If this works then I feel as if there is some sort of connection between me and the viewers of the images. In photography or indeed any art it is always so.

At the end of 2011 something happened that made me worry about what might be conveyed by those images.

I was contacted by the police department of an Arizona town, making enquiries about where a particular image had come from, and when it had been taken. A 29 year old woman had used this image as her Facebook profile picture. She was 9 months pregnant. And she had taken her own life and that of her unborn baby.

The police had correctly identified the image as one in my Flickr photostream. It was of a stone angel in Southampton Old Cemetery.

Now, many of my images have a rather dark theme. Cemeteries and memorials are compelling subjects for me, but I kept thinking about why she might have made it her profile picture. I'd taken it, I'd shared it, and it had made a connection with somebody. But given the circumstances is this how I wanted it to be?

People have told me that when they see the image concerned they see life and light rather than death, this angel is a protector. I really hope that's true, and that's why she made it her Facebook picture. The alternative doesn't bear thinking about.

Since then I've seen this particular stone angel on many occasions as the weather, lighting and the seasons change, and now I think of it as Natasha's Angel. This is how it looked yesterday. 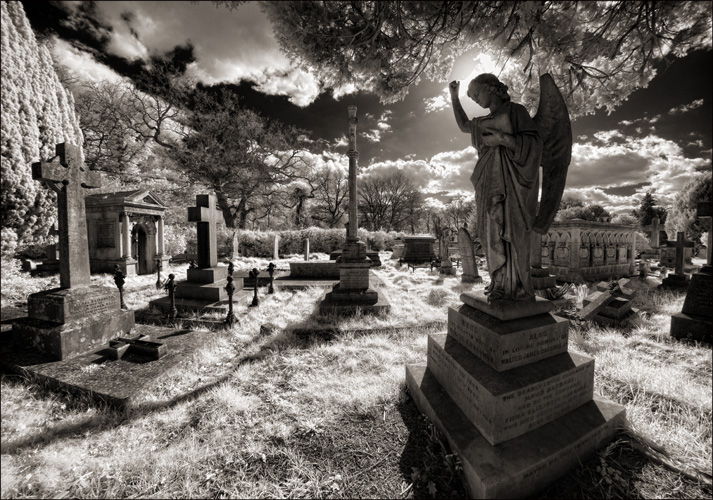